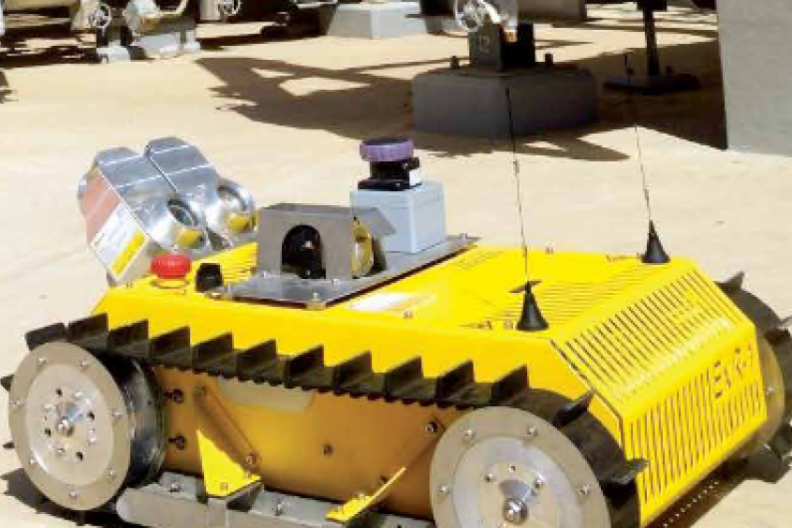 How Robots can save Lives in Oil & Gas facilities

Why you should deploy robots

It is perhaps surprising that although robots have been making cars for decades and are roaming the surface of Mars, we don’t see them operating oil and gas facilities as much. Of course, tethered, remotely operated vehicles are widely used by the subsea sector, but they have seldom made the evolutionary step onto land.  Have you ever thought about why there are only so few robots in the oil and gas sector? Maybe because the Oil & Gas industry is a traditional industry and not a disruptive one. When it comes to the implementation of new technologies, decision-makers stay conservative and rather trust the tried and trusted technology. In my opinion, the time is ready for a change and this change needs to be pushed.  Support innovations! Ask yourself which added value you could miss if you don’t use robots. The case for using IECEx / ATEX Zone 1 certified robots to improve financial performance and safety has never been stronger. The technology has progressed to the point that credible solutions are ready to be deployed.

There are many good reasons to deploy robots. Remote, hazardous, unmanned facilities such as Kashagan (Kazakhstan) with its harsh climate and high levels of hydrogen sulfide are not a welcoming place for humans. And when they arrive their productivity is hampered by protective clothing and breathing apparatus.

It is possible for robot operators to be permanently stationed on such islands that can be activated and operated by humans sitting in the comfort of a distant control room. Should the unexpected event occur the IECEx / ATEX Zone 1 certified robot can immediately respond. It can diagnose the situation so that the intervention team is prepared and aware of any hazards it might face.

At the other end of the scale, some companies are operating large numbers of normally unmanned facilities such as NAM’s gas fields in The Netherlands. For operational and/or regulatory reasons these will often be visited by operators to respond to unplanned events or check for potential issues.

It is possible that there is a robot operator located on every site. Instead of a human driving around the motorway system and visiting three or four sites in a day, they can drive each IECEx / ATEX Zone 1 certified robot in turn from a central control station. This can significantly improve productivity as well as reducing response times and the risk of road accidents.

In today’s oil and gas environment there are many locations that fall within these extremes. Normally unmanned offshore platforms can be expensive and slow to reach, especially when the weather is bad. FLNG vessels are striving to reduce man to a minimum to reduce capital and operating costs. New oilfields are often in very cold, or hot, remote locations and high levels of hydrogen sulfide are not unusual. Unconventional oil and gas fields may have hundreds of widely dispersed well-pads and facilities.

Why humans instead of robots?

A common response is to ask “Why robots?” Remote instrumentation and controls seem much simpler. However, the reality is that it’s often inefficient to install these items where they’ll seldom be used. It’s also difficult to predict everywhere they might be required. How many normally unmanned installations do you know that are truly unmanned? Robots offer mobile instruments and tools that can move from one need to another. In this way, they complement the conventional fixed-instrument approach.

The question should not be “Why robots?”, it should be “Why humans?”. Why would we subject human operators to environments and dangers when there are robots available?

Robots are no substitutes for all human operators, they are co-operators. The IECEx / ATEX Zone 1 certified robot can endure the harsh environments and/or tedious routine tasks, while the human operator can assess the data the robots registers at a safe distance. This way robots serve the safety and efficiency of the industry. Use robots as an enhancement of the human being, supporting humans wherever possible, and saving them from danger.

This leads to the final question “Why not robots?”. We can no longer overlook the benefits robots present and the innovation it entails. When deciding about human safety, robots should be part of the outcome.